Back to Africa AGAIN: Part 5 - A Flight over Kilimanjaro

A Flight Over Kilimanjaro - Moving from Uganda to Tanzania

Let's just put it out there.  Travel isn't always fun.  Being in new places is wonderful, but the getting there is sometimes a long slog.

Rob and I were up and packed before dawn for our drive down the mountain from Bwindi back to the Kihihi Airstrip for our flight in a small plane back to Entebbe.

In Entebbe, we transferred to a second flight to Nairobi, Kenya where we had a couple of hours layover until our third and final flight of the day from Nairobi to JRO, the Kilimanjaro International Airport, Tanzania. By the time we landed, we were exhausted again. We went through security checks - taking off shoes, unpacking tablets, removing vests – at least 4 times! Each airport required us to go through security upon entering the airport and again when entering the gate area.

While waiting for our final flight, we did have a nice chat with a young man who was teaching at the Lutheran Seminary in Moshi, Tanzania. He told us to be sure to look out our window as we approached JRO for views of Mount Kilimanjaro…and sure enough, there it was, its glacier capped peak thrusting high above the surrounding plains.

We landed in Tanzania at about 5:00 p.m. and our driver, Richard, was there to greet us and take us for the drive to Arusha, where we would spend the night before leaving again on our first safari drive. The drive was supposed to take about an hour and a half, but it was Saturday night and the traffic through Arusha was crazy. The evening was packed with people out at the nightclubs and shops that line the main highway. Cars and vans were merging off the side of the road with very little regard for the traffic, and lots of motorcycles zipped in and out through the cars. We didn’t arrive at our lodge until 7:30 after over 12 hours of traveling – and we were once again exhausted.

But wow, what a great place was waiting for us at the end of the trip. The Legendary Lodge lies outside of Arusha on a lovely green estate surrounded by coffee plantations and tropical vegetation. By the time we arrived, it was dark and we couldn’t really see the full beauty of the place until morning. But the staff welcomed us warmly and showed us to our cottage, named Tohe. It was, simply put, the most spectacular room we have ever stayed in! A large sitting area filled with plush armchairs, a raised bedroom with a four-poster bed above the sitting area. Behind the wall in back of the bed was a large dressing area opening into a huge blue tiled bathroom, including a tub (our second of the trip.) 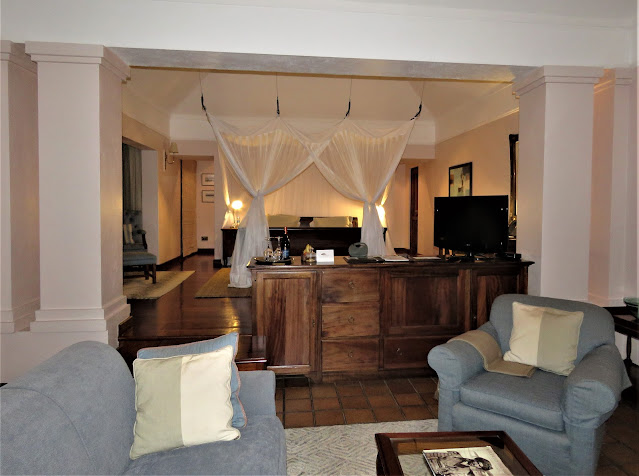 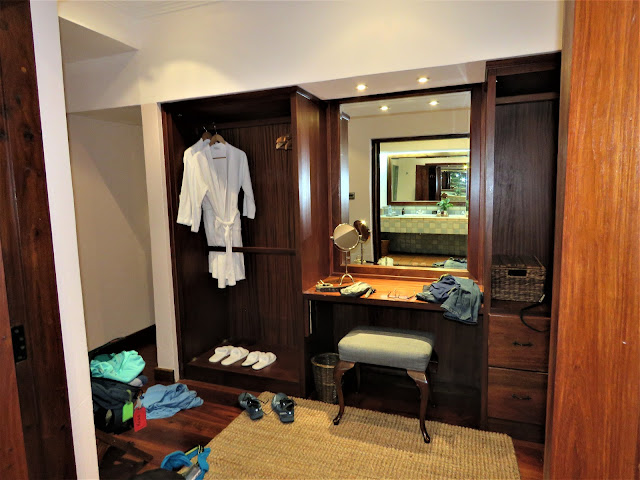 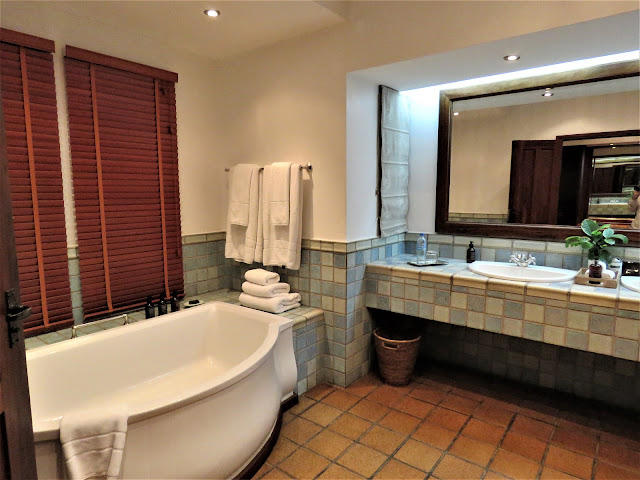 We were only here for one brief night before departing for our safari adventure in the morning, but for tonight we were living – or at least sleeping - in the lap of luxury!